A man in Bihar has constructed a canal single-handedly for over three decades to stop migration and help villagers to get for their fields. Really inspiring initiative! Just spare a few minutes to appreciate his efforts.

Chalgenius is not just a media site. It creates more business opportunities for you by connecting you with thousands of potential customers, investors, accelerators and mentors across the country. Come grow your business with us. Contact us at 8910430165 or mail at chalgeniusss@gmail.com for further details.

A man in Bihar has carved out a 3 km-long canal in 30 years to take rainwater coming down from nearby hills to fields of his village at Kothilawa in Lahthua area of Gaya.

Loungi Bhuiyan was pained by the migration of youths from his drought-hit Kolithwa village, which was drought-prone as it did not get to retain sufficient rainwater for irrigation due to its geographical location.

The feat of Loungi Bhuiyan, a resident of Kolithwa village on the border of Imamganj and Bankebazar blocks, makes one recall the toil of ‘Mountain Man’ Dashrath Manjhi, another native of Bihar who cut a road through a hill near his village in 22 years.

“For the last 30 years, I would go to the nearby jungle to tend to my cattle and dig out the canal. No one joined me in this endeavour. Villagers are going to the cities to earn a livelihood but I decided to stay back,” he added.
Since there were no job avenues except agriculture, a large number of village’s youths migrated to bigger cities in search of livelihood. Bhuiya was unhappy that mostly women and children were left behind in his village. 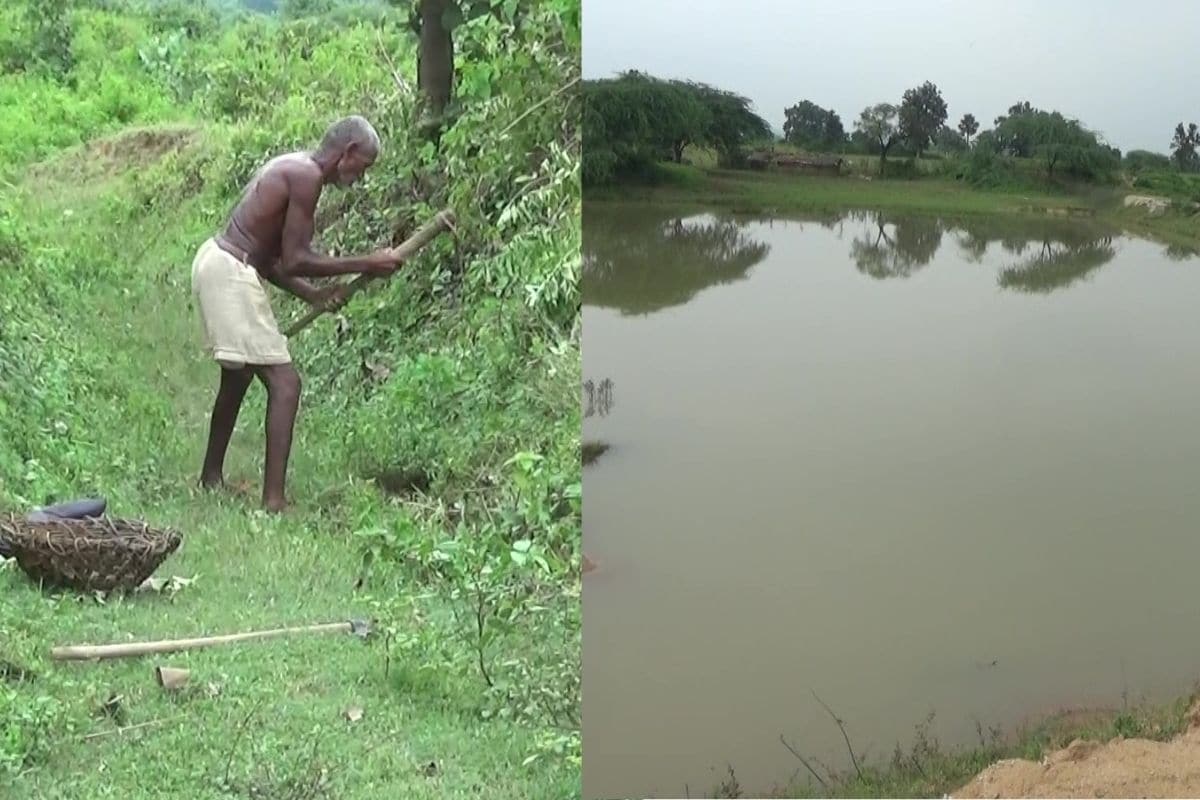 Situated at a distance of 80 kilometers from Gaya, the village is surrounded by dense forest and mountains and is marked as refugee of Maoists.

Loungi did the work single-handedly

Village headman Vishnupat Bhokta said: “In August 2001, he decided to dig a canal (Paain in local language) from a natural water source in Bagetha Sahwasi forest to the village. However, it was a great challenge to bring water into the village.”
“Loungi did a survey of the land and earmarked the canal route. After working relentlessly for 30 years, he managed to dig the canal that is four feet wide and three feet deep,” Bhokta added.
Keywords: Loungi Bhuiyan, Canal, Gaya, Bihar, Chalgenius, three decades.
You also want to feature your start-ups here. No Worries. Call or whatsapp at 8910430165. Please click to know more about us
Please subscribe our YouTube channel and like our Facebook page to know more about such inspiring startups.

Live the biggest carnival of Bengal in the safety of your houses with serapujo.com

A 21-year-old youth at Bargarh in Odisha does a business of 4.5 lakhs within a month of launching his start-up