Abhishek Yadav, who hails from Uttar Pradesh has trained over two lakh girls in self-defence so that they can protect themselves from any danger. Spare a few minutes to know more about his initiative.

In 2015, 26-year-old Karuna Tripathi was at a Dussehra festival fair along with her friends in Lucknow, visiting various stalls and having fun. On their way home, the girls were accosted by a group of five men who began harassing them.

Karuna didn’t fear and fought back. Thanks to her presence of mind and her training in self-defence under a programme called ‘Meri Raksha Mere Haathon Mein’ (My defence is in my hands), with a few martial art moves, she was able to ward off her harassers and save herself and her friends.

Like Karuna, around 2.5 lakh girls in Uttar Pradesh and across India have learnt the art of self-defence under the ‘Meri Raksha Mere Haathon Mein’ programme – an important achievement for women’s safety. 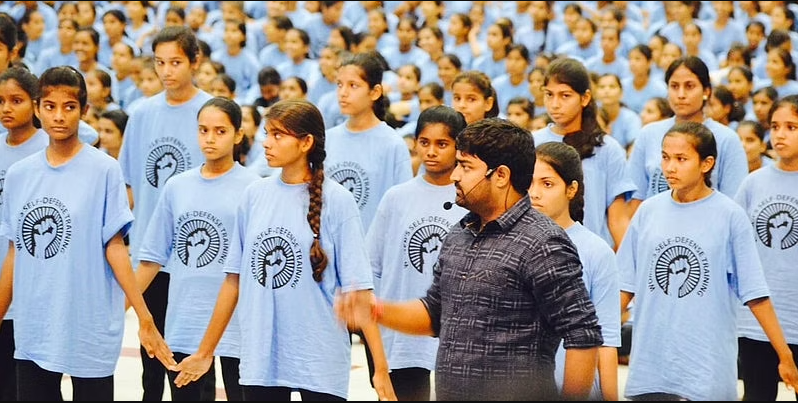 Leading the crusade
Leading this campaign is Abhishek Yadav, a 27-year-old multi-discipline martial arts expert, who has trained these girls and also two battalions of the Gorkha Force in Indian Army, besides taking self-defence classes for around 70,000 police personnel of the Maharashtra and UP Police.

“My parents weren’t happy about me learning martial arts, for them it meant getting hurt and beaten up and without any real use. They wanted me to join the civil services and live a normal life instead.”

Abhishek did not compromise on getting an education and after completing Class XII, he applied for a Bachelor’s in Information Technology programme through distance education from Karnataka Open University (KoU).

Meanwhile, he also continued his training in martial arts and honed his skills in different forms like Aikido, Jitsu, and Karate.

For training, he had to travel to different cities and his parents weren’t happy with that either. He continued because of the support of his friends who understood and acknowledged his passion. 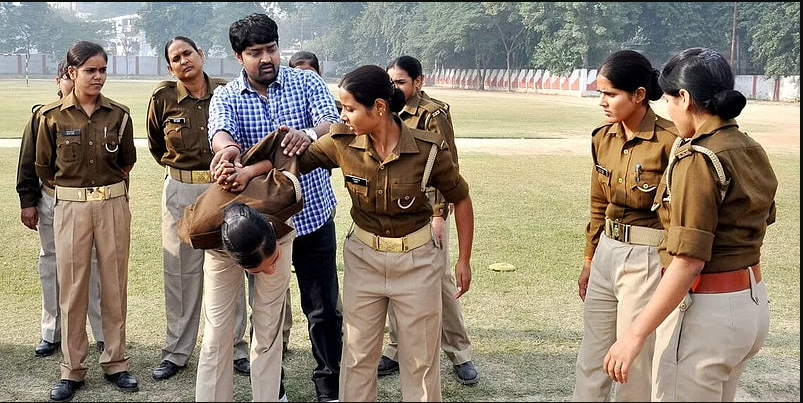 “I am thankful to my friends, who used to collect money for my trips and training expenditure. They always encouraged me to follow my passion and pledged their support. They said, ‘Keep learning, and don’t look book,’” he says.

Abhishek completed his training in six years and got a black belt in karate in 2006. He also continued his studies and enrolled for a Master’s in Information Technology through KoU, which he completed in 2009.

Turning every individual into a fighter
After Abhishek completed his training in 2006, he established the Abhiself Protection Trust, under which he initiated a programme called, “Meri Raksha Mere Haathon Mai”. In 2007, Abhishek started training police commandos in Uttar Pradesh in martial arts.

Once, when Abhishek hosted a camp at Madan Mohan Malaviya University, Gorakhpur, he didn’t receive a good response. Many wondered why learn martial arts. A few girls came to see what the camp was all about and he encouraged them to join. From 50 on the first day, the number of girls who joined increased to 2,000 on the second day of the camp.

Buoyed by the interest shown, Abhishek started training camps in schools. He began giving training to almost everyone, from police personnel, army personnel, and girls. With his expertise in most forms of martial arts, Abhishek developed his own technique called Special Commando Technique which he uses to train all his students as it is quite useful to train girls. Through this technique, a girl can just hold the single finger and control the entire body of the molester.

Laurels for the laudable work
In 2015, Abhishek was awarded Yash Bharti Award, the youngest recipient to win what is often regarded as the highest civilian award given by the UP government. Along with the award, he also received Rs 11 lakh and Rs 50,000 per month as pension from the UP government. 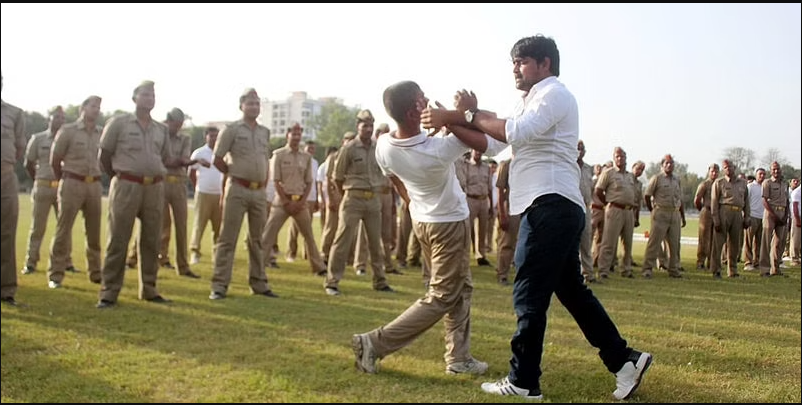 He used the award money to organise more training camps and for his travelling needs.

All the camps set up by Abhishek are conducted over a week in colleges and schools and students are trained for two-and-a-half hours each day during the break. Around 1,000-2,000 girls turn up for each camp, and after completion, they receive a certificate from the trust and the school or college where the camp is organised. Abhishek uses social media to spread awareness about his camps in various cities.

“We have a dedicated Facebook page and maintain a record of all the students we train and inform them through WhatsApp about upcoming training camps. Most of the times, it happens through the word of mouth because when girls receive confidence through training, they also tell others about the session and why it’s necessary for them to enrol as well,” he added.