A life full of incidents and experiences that appears straight out of a bestselling novel. Why not turn those extraordinary and sometimes bizarre experiences into a novel? Tushar Raj Luthra’s life has been a collage of myriad experiences that are exciting, intriguing and painful at times. Spare a few minutes to know more about his life.

‘Resume’ of love
Tushar who hails from Lucknow was happy and inspired to take excerpts from his own life and turn them into a romantic comedy, Love at First Print. Tushar started writing his novel in 2017, after his peculiar attraction to a girl after glancing through her curriculum vitae that had arrived on his email. 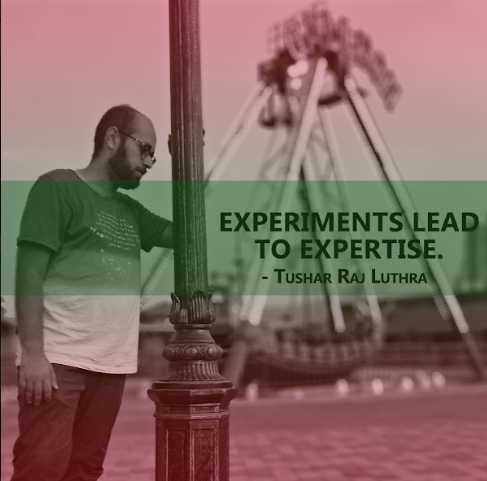 He had never met the girl before, but scanning through her hobbies and interests, Tushar found her to be strangely similar to himself. He even mustered the courage to even call up the girl and speak to her to tell her how he admired her CV. Although the telephonic acquaintance did not last longer than the first call, the conversation and Tushar’s strong attraction to the girl sparked off his idea of converting his life experiences into a book.

Diagnosed with bi-polar disorder
Turning weakness into strength is ideally Tushar’s life story. Diagnosed with Bipolar Disorder Type 1 in 2011, Tushar initially took a lot of time to understand and come to terms with this disorder.

At that time, he was a student of NIFT Bangalore and lost a year of college because of his problem. Tushar had no idea about Bipolar Disorder and initially showed least interest in knowing anything about it. 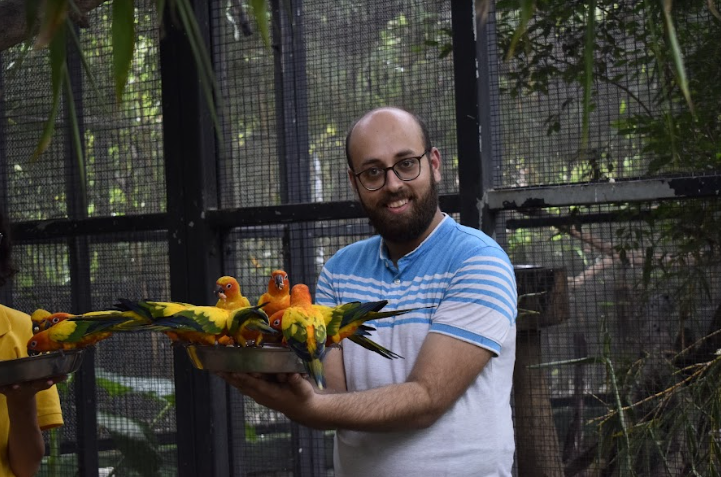 The first year of visits to the psychiatrist’s office meant sitting on stool a little far away while the doctor would speak to his mother and sister. This was embarrassing for Tushar and he would react quite strongly. “I would have to take strong medicines and pills that were difficult for me to swallow because I was never used to taking allopath medicine. I would often get into fits of rage,” said Tushar.

Setting for the novel
After completing his graduation, Tushar instantly got a job through campus placements at a luxury make-to-measure brand. It was here that he received an email from a girl who had forwarded her CV to him looking for a job. Tushar’s experience of attraction and liking a girl started after reading the CV because he found a lot of similarity with himself. Although the relationship did not reach fruition, Tushar’s mind sparked with the idea of a writing a romantic comedy and thus he set off.

Later Tushar went on to study MBA from Symbiosis University, Pune. It was here that he found a compatible peer group where discussing Bipolar Disorder was not a taboo. He had the perfect setting for completing his novel.

About Love At First Print
Tushar’s romantic comedy was published in 2019. According to Tushar, all the characters of this novel are real. Most of the women characters of his story are real, who he had met at some point in his life, liked them but eventually was rejected by them. 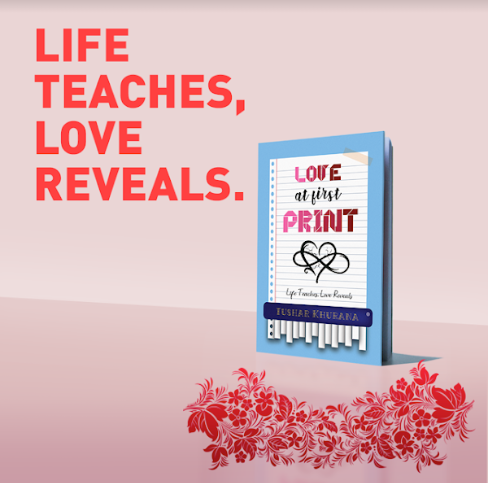 Every girl that Tushar had liked or loved in his lifetime found a place in this book. Tushar chose the path of light and his creative pursuit made it easier for him for cope with the negativities in his life. “Some of the things that I have written are real episodes taken from my life. I thought it best to share my experiences with people rather than just vent it out on myself by doing the wrong things,” said Tushar.