Tough childhood
It became a matter of survival for Krishna Kumar, then a teenager when his father passed away.

The only emotional strength he had was his illiterate mother who was also his biggest responsibility now.

Forced to quit his higher education he started looking for work that would provide him with money to pay the rent and afford two square meals.’

Krishna started with absolutely zero and is now the man behind a company which does an annual turnover of Rs 32 crore.

He drives a sparkling BMW and has several homes where he plans on enjoying the coming years. This is an incredible story of a man who started his career for Rs 40 per month but climbed up the ladder driven by his never-give-up attitude.

Started with Rs 40 per month salary
When Chennai’s Krishna Kumar first began working he was thrown out for being a minor.

After then it was a series of odd jobs he took to make ends meet. He found work as a part-time typist at a meagre salary of Rs 40 per month which was not even sufficient to pay rent for their house.

He left it soon. Without a college degree, a hard life lay ahead of him. Next he found a job where he was assigned to manage accounts but to afford his monthly expenses along with his mother’s he began working part-time in a hospital.

Took up a job in leather company
Constantly looking to bear the expenses, KK took up a job in a leather exports company which paid him Rs 300 monthly. He was also working in the hospital. Next he worked with Indian Railways for 4 years and 8 months but quit to work in a cold drink company. He finally landed a job with Blue Dart which paid him Rs 900 and gave him an opportunity to learn the logistic business up close.

Promotion
KK gave everything he had in him to his company and in 1990 he was promoted to the post of sales manager within just one year of joining the company. “I always saw an opportunity in things and pursued him with great interest,” he says. By now he was married and had kids which meant added responsibilities.

Got Great Success
With his hardwork and business skills he got Blue Dart an account of a highly reputed national-level bank. He managed the workflow with such finesse that everyone around him couldn’t stop praising him for his abilities and potential. People began nudging him to start his own venture rather than remaining content in employment. After some contemplation he launched his own company and invested all his money to make the company public. But as ill luck would have it the whole market crashed as the infamous Harshad Mehta scam were uncovered in 1992. 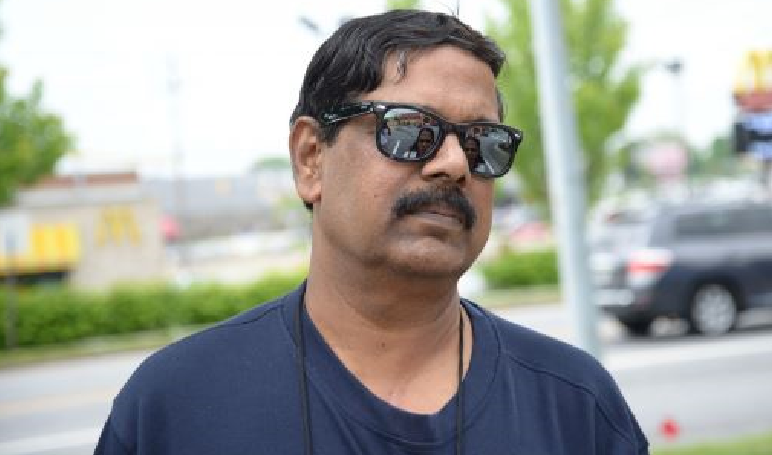 Got fallen in bad days again
“It wiped out everything I had. The losses were so severe that I had to sell a one bedroom house that I had bought for my family,” said KK. The situation was so bad that once he had a coffee in a restaurant for Rs 6 but only had Rs 5 to pay for it. But that is the thing with winners. Failures and setbacks cannot pin them down.

Started his new company from scratch
So with a savings of just Rs 8,000 he set again built a logistic company Avon Solutions & Logistics Pvt. Limited from scratch. The then MD of Blue Dart had heard about what happened with KK and helped him by giving him two contracts. From only four employees, KK stretched the business and started fetching more orders and partnership.

Turnover of Rs 32 crore
From Chennai his business spread its tentacles to other cities and achievements began to finally pour in. “I did not know anything but logistics and I knew it by heart,” says KK. Today, he employs more than 1,000 people and his company clocks an annual turnover of more than Rs 32 crore. He believed in the power of automation and technology which boosted his business and gained him a solid reputation.

Luxury cars
He drives BMW and several other luxury cars and has several homes in Chennai. “I think it is absolutely necessary that one must know their domain well. To be honest and perseverant is what I swear by,” he says.