India may be grappling with the second wave of the coronavirus, rising unemployment and a dwindling economy, but the South Asian nation’s burgeoning startup ecosystem has never had it better.

High-profile investors in India have long aggressively chased growth-stage and late-stage deals, pouring record amounts of capital into the world’s second-largest internet market. But in a sign of the growing investor bullishness regarding Indian startups, even early-stage companies that have largely been bereft of much similar attention in recent years are now sharing the limelight.

More than 70 early-stage Indian startups are currently in various stages of talks to raise money, according to sources familiar with the matter. The size of the investments vary from a few million dollars up to $100 million. TechCrunch is reporting some of the more notable deals today.

The usual caveat — that many of the deals haven’t yet closed, and that their terms could change or the talks may not materialize into an investment — applies in our reporting. The deals described below have not been previously reported. 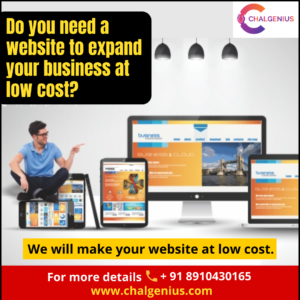 Investing firm in the country

Sequoia Capital India, the most prolific investing firm in the country, is in talks to make bets in over two-dozen Indian startups including Register Book, a firm that operates an eponymous bookkeeping app; Vah Vah, which runs an app to educate people about makeup from artists; SaaS platform BambooBox, and email marketing software provider MailModo.

The firm is also in talks to back, alongside venture fund Nexus, OneCode, a startup that runs an app to connect digital-first brands with sellers. Sequoia Capital India, which launched a dedicated fund for early-stage startups called Surge two years ago, is also in talks to invest in Probo, an app to predict future trends; and Rattle.

Vaibhav Domkundwar, who runs Better Capital, said the early-stage startup scene in India has never been this hot.

“Pre-seed and seed stage momentum is at its peak, but we are also seeing preemptive rounds at Series As and Bs now,” he told TechCrunch.

Domkundwar, who has backed over 140 startups including Khatabook and neobank Open, attributed some excitement to the new generation of founders in India, who he said are building product-first and distribution-first companies. “We are seeing the fastest pace of investment in these teams,” he said.