Indian online learning platform Unacademy has raised $440 million in a new financing round as investors double down on the South Asian market and elsewhere following a widening series of regulatory crackdowns in China that wiped hundreds of billions of dollars last month.

Temasek led the Bangalore-based startup’s new financing round while Mirae Asset and existing investors including SoftBank Vision Fund 2, General Atlantic, Tiger Global as well as Zomato co-founder and chief executive Deepinder Goyal and Oyo founder Ritesh Agarwal participated in it, the startup said without disclosing the name of the new round (which should be Series G).

The new round values the six-year-old startup at $3.44 billion, up from $2 billion in November last year. The investment brings Unacademy’s to-date raise to about $860 million.

The online learning platform, which began its journey on YouTube and still uses Google’s video platform to onboard educators, helps students prepare for competitive exams to get into college, as well as those who are pursuing graduate-level courses.

On its app, students watch live classes from educators and later engage in sessions to review topics in more detail. The startup has over 50,000 educators on its platform, many of whom are very popular on YouTube. These educators help Unacademy sell more subscriptions and in return get a commission, according to industry executives familiar with the business arrangement.

Unacademy has amassed over 6 million monthly active users (over 600,000 of whom pay for the service) in over 10,000 cities in India.

Gaurav Munjal, Unacademy co-founder, and chief executive said the startup will deploy the fresh capital to broaden its bets on new categories such as upskilling, jobs, and hiring.

Relevel is “giving people a path to get their dream job irrespective of their educational background, while Graphy is “empowering creators to build their online businesses to sell digital goods including NFTs,” he said in a tweet.

In a recent conversation with TechCrunch, Munjal said he wants Unacademy to become a consumer internet tech giant — perhaps the “Tencent of India.”

The startup competes with scores of firms including Byju’s, which is India’s most valuable startup (at $16.5 billion valuations), TAL-backed Vedantu, Tiger Global-backed Class plus, and Lightspeed Venture-backed Teaching. (TAL’s American depositary receipts have dropped to some 70% in recent days from $90 early this year as investors retreat following China’s crackdowns.)

All these startups have reported growth in the past year as India — like most other countries — enforced lockdowns and closed schools to contain the spread of the coronavirus.

At stake is India’s online education market, which is estimated to generate $5 billion in revenue by 2025 (up from about $1 billion last year), according to analysts at Goldman Sachs.

As of last year, there were about 6 million students in India who were paying for an online learning app, a figure Bernstein analysts expect to reach about 70 million by the end of the decade.

Unacademy said last week it was creating a $40 million fund for educators on its platform. “On Day One (which is today) we already have more than 300 Educators eligible for the Grant which they will get immediately. Over the next few years we will give Grants of over $40M to our Educators,” said Munjal in a tweet.

The new investment comes at a time when Indian startups are raising record capital and a handful of mature firms are beginning to explore the public markets. Business-to-business commerce and financing startup Ofbusiness said over the weekend it had raised $160 million in a new financing round (led by SoftBank Vision Fund 2) at a valuation of $1.5 billion, becoming the 18th Indian startup to attain the unicorn status, up from 11 last year. 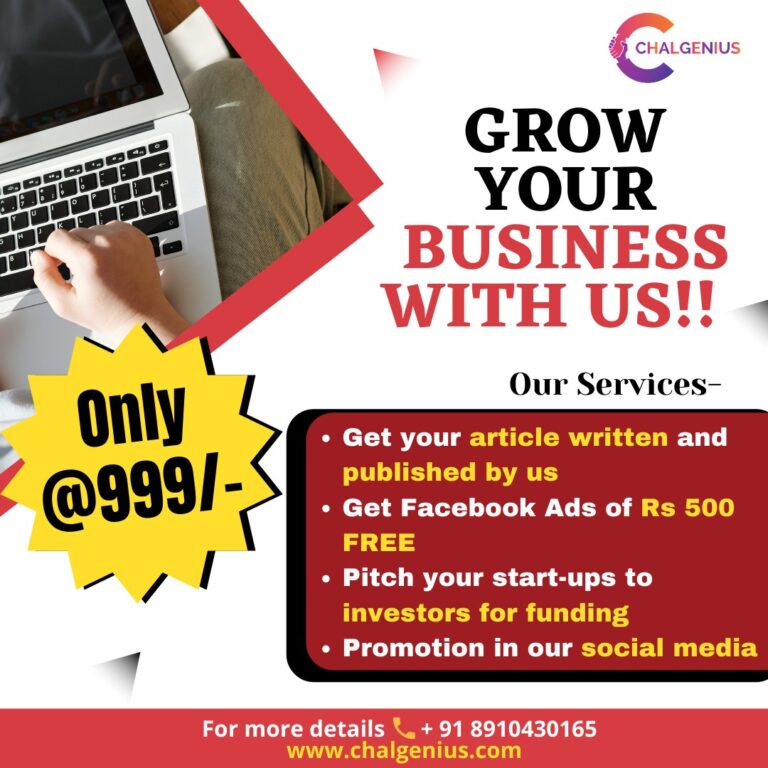 You also want to feature your start-ups/ Businesses here. No Worries. Call or whatsapp at 8910430165 for more details. Please click to know more about us