Edtech startup Classplus will use the funding from Tiger Global for expanding its product line, building more products for the educator community and expanding its engineering team, co-founder and CEO Mukul Rustagi says.

Edtech startup Classplus announced on Thursday that it has raised $65 million in a Series C round led by Tiger Global. GSV Ventures, along with existing investors Alpha Wave Incubation, Blume Ventures and RTP Global also participated in the round.

This is the fourth round of funding the company has railed in the past 15 months, according to a statement.

“We will be expanding our product line, building more products for the educator community and expanding our engineering team aggressively,” said Mukul Rustagi, co-founder and chief executive. The company will also use the funds to expand to international markets.

“We want to expand to other countries 12-18 months down the line,” he said.

Founded in 2018, Classplus is a mobile-first platform that enables educators to take their offline institutes online. It claims to have digitised over one lakh tutors across 1,500 cities serving 20 million students. The company has raised close to $90 million so far. Sequoia Capital’s Surge and Times Internet (which owns ETtech) are also early backers. The firm is valued at around $140 million, according to reports. 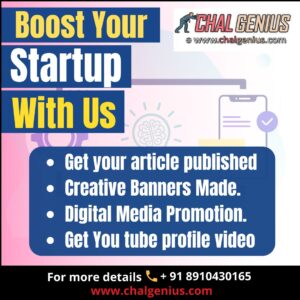 10X-12X Growth
The pandemic has accelerated the shift online, Rustagi said. “Most of our engagement metrics have grown around 10-12X over the past year—whether it’s number of educators or number of students, or time spent by students, everything has grown in this range over the past 12 months,” he said.

“When lockdowns began in India, Classplus emerged as critical infrastructure software for the $30 billion offline tutoring industry. With the platform growing nearly 10x in the past 12 months, GSV views it as a ‘weapon of mass instruction’. Co-founders Mukul and Bhaswat are empowering tutors in India to go online, enabling them to build bigger and stronger businesses while also expanding access to localised education,” said Deborah Quazzo, managing partner, GSV Ventures.

The Indian edtech market is expected to grow 10X over the next 5 years and touch $5 billion by 2025, according to a recent report released by internet-focused consulting firm Red Seer Consulting. “Growth will be driven by new reforms set forth, including the increase in public spending, relaxation in regulations governing degrees, supply-side capacity gaps, need realisation among students and professionals, and the transition to a credits system,” it said.