The Bihar government is working on a special funding scheme for industries including the start-ups. The announcement was made by State industries minister Shyam Rajak during a video conferencing recently with entrepreneurs.

CHALGENIUS IS PROUD TO BE A MEDIA PARTNER TO THE EVENT

Minister interacted with over 100 entrepreneurs

The minister on Thursday did video conferencing with start-ups where he asked them that the government has been standing firmly behind them. Billed as, ‘Bihar Leadership conference’, the event was attended by over 100 entrepreneurs from 38 districts of the state. The attendees asked suggestions from the minister on keeping the business stable during the pandemic. The minister told them that the government has working to promote young entrepreneurs and is actively working for those who have returned to their home state, “We are also planning to open some factories to generate livelihood. We are also discussing about new polices for start-ups,” said the minister adding that the government has been working on the path of development. 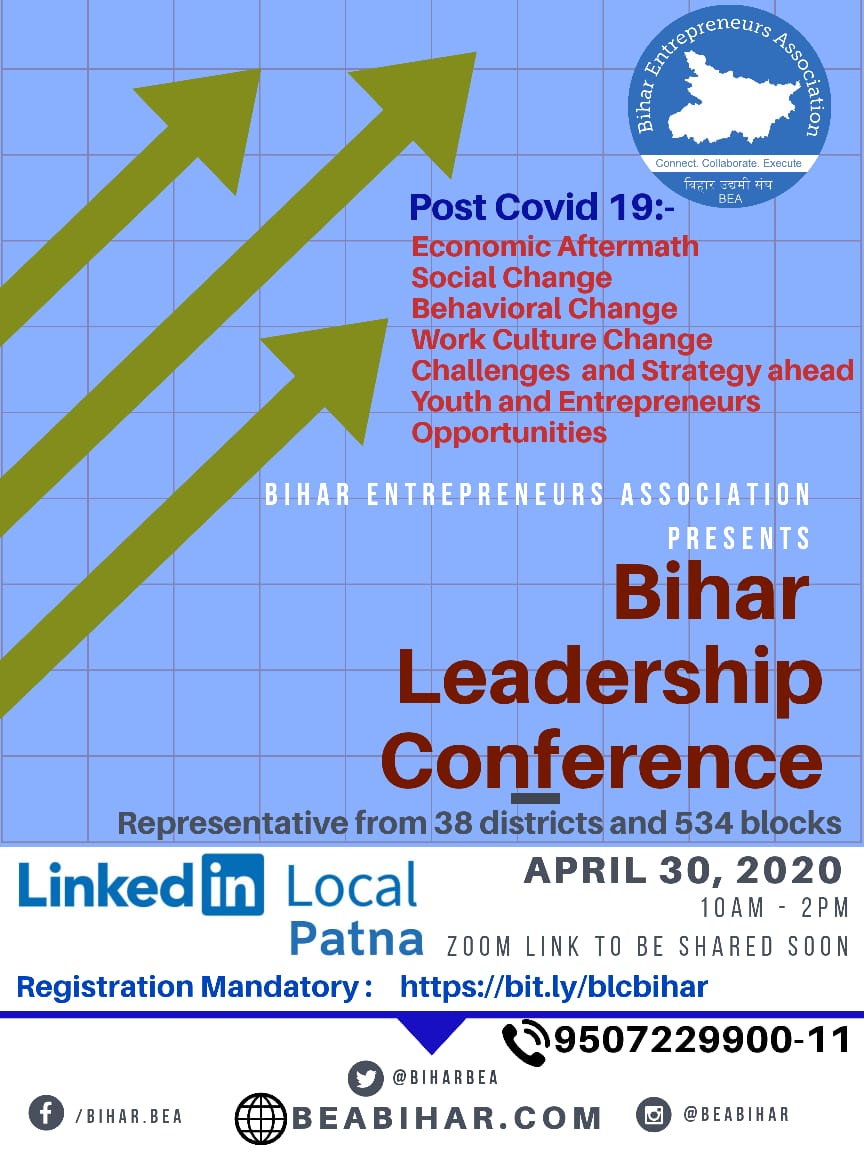 The conference was organized by Bihar Entrepreneurs Association(BEA)

Despite the lockdown and the present gloom, Shyam Rajak showed keenness and enthusiasm while interacting with the entrepreneurs. He suggested entrepreneurs to focus towards more tech start-ups post pandemic and work for the development of Bihar.

“We have urged the government to come forward for the support of industries by offering loans at cheaper rates and the date for the return of the loans to be kept after a year. The minister has assured us of looking into our issues.”

Now, get barber at your doorstep in Patna. Want to know how? Just click